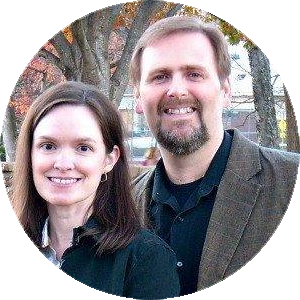 My name is Gary Hughes. I am the developer behind Independent Technology Services. My wife, Tempie, and I live in McKinney, Texas. We have been married for 22 years, and we both spend our days working with technology.

I grew up in a small town in East Texas, and my love for technology began when I was a boy. Upon seeing an Atari 2600 video game for the first time, I knew I had to learn how to make games of my own. With a bit of guidance from my uncle who taught a high school computer math class, I began teaching myself to program computers when I was twelve years old. I first learned to write BASIC programs on a Texas Instruments TI-99/4A that I received as a Christmas gift from my grandparents. I later learned that my grandfather had really wanted to buy me a fiddle, but my uncle convinced him the computer was a more practical gift.

I was mainly interested in creating my own games, but I only knew one language at the time – BASIC (Beginner’s All-Purpose Symbolic Instruction Code). BASIC is an interpreted language. The speed of execution of BASIC programs is reduced by the overhead of the interpreter layer that must translate the code into machine language to execute it. At that time, the reduction in speed was significant enough to make BASIC a poor choice for all but the most trivial games. I realized I would need to learn assembly language to get the speed and responsiveness required, so I taught myself to write programs using 6510 assembly language on my father’s Commodore 64. After learning about graphics programming with the VIC-II chip and hardware interrupts for managing multiple sprites on the screen, I also took on the challenge of learning how to create polyphonic music using the SID chip. Polyphonic music, producing multiple sounds at once to make chords, wasn’t common in home computers at the time. The Commodore was one of the first, using the SID (sound interface device) chip to produce three tones simultaneously. I used this to create background music for my games – mostly comprised of rock-style power chords.

I created a few games for my own entertainment. I remember carrying around a stack of dot-matrix code print-outs to class for debugging sessions after my classwork was complete. In 1987, I submitted a game titled “GeoMania 3D” and an accompanying article to Compute!’s Gazette hoping that it would be published in their magazine. It was a 2D shooter game with the objective being to shoot a random series of 3D animated geometric shapes raining down on you from space. Unfortunately, I received a letter telling me that my game lacked originality. I was a sophomore in high school at that time, and I didn’t yet have the confidence to shake off the rejection and try again. Instead, I gave up game development for a while and began using my new programming skills in more utilitarian projects. I created a simple grade book management program for one of my high school teachers, and I played around with my own homemade version of Music Construction Set.

I enjoyed software development, and I still had hopes of one day becoming a professional video game developer. But my father convinced me to pursue an education in electronics instead of computer science. His reasoning was that understanding the hardware would make developing software much easier. So I studied electronics engineering technology at DeVry University, and I went on to pursue a career in software development that has spanned more than twenty years.

I have worked in a variety of industries, including telecommunications, oil & gas, forest products, logistics, and real estate. I’ve worked with business of all sizes, from sole proprietors and small startups to Fortune 500 companies. I’ve worked as a contractor for much of my career, either through a third-party agency or independently. I thoroughly enjoy the work that I do, and I can’t imagine doing anything else. It’s quite rewarding to see the software I’ve produced being used around the world.

Connect With Me on Social Media

Get helpful tips and resources in your inbox to help you get the most out of the technology you use every day.
Office productivity tips, online business advice, web and software development tutorials, and much more.